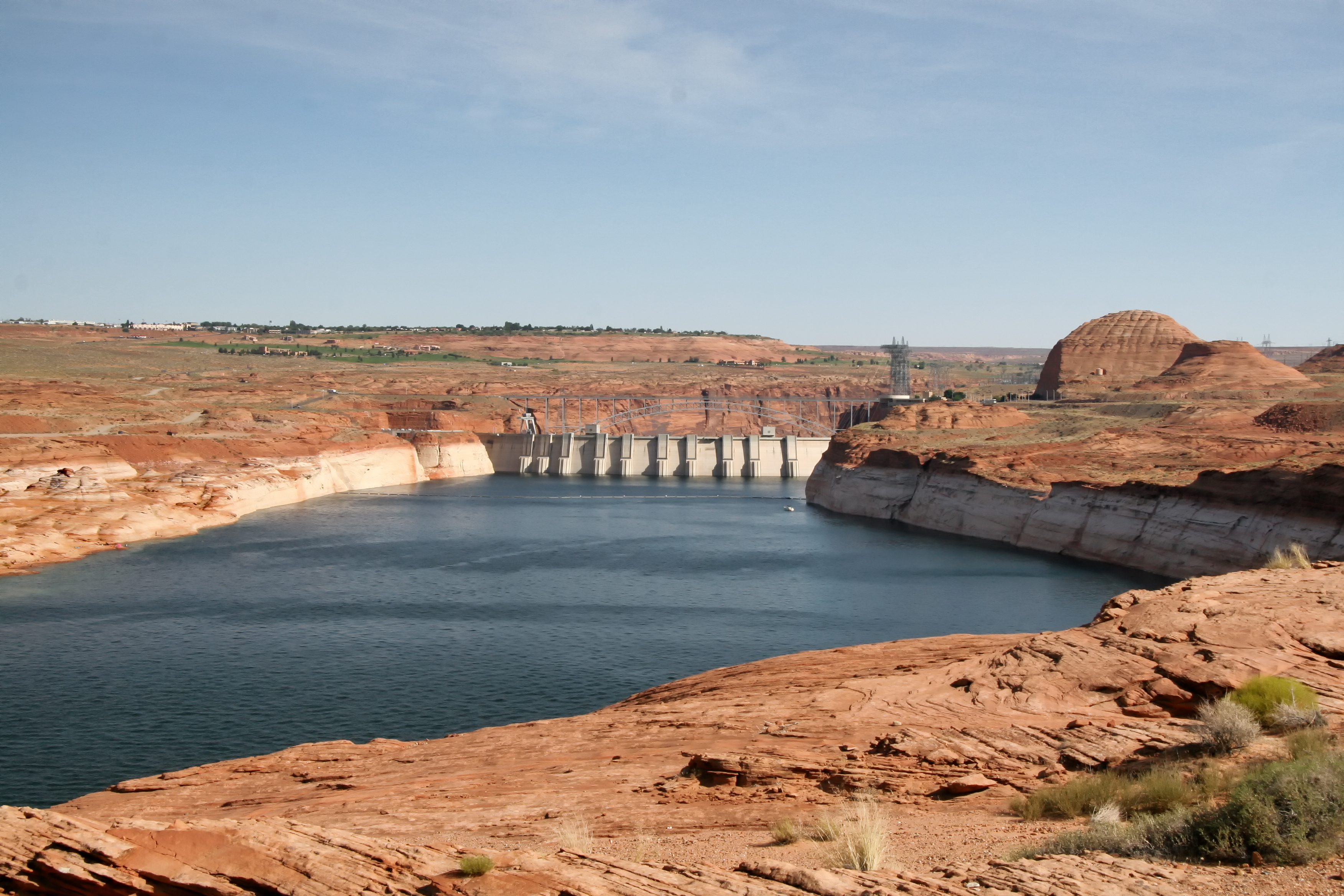 As the Colorado River water crisis deepens amid withering drought in the West, Imperial Valley growers with historic rights to water from the river are making calculations on whether to farm or fallow.

The shrinking Colorado River is shown at Glen Canyon Dam in northern Arizona. Water agencies from California that rely on water from the river have offered to accept reduced allotments amid historic drought conditions. Reductions in supplies could significantly impact farmers in the Imperial Valley.

As the Colorado River water crisis deepens amid withering drought in the West, Imperial Valley growers with historic rights to water from the river are making calculations on whether to farm or fallow.

This month, the Imperial Irrigation District, which supplies Colorado River water to farmers in America’s largest growing region for winter vegetables, joined other California water agencies in offering to take a dramatic cut in the amount of water they pull from the river.

Imperial Valley farmer Ronnie Leimgruber, who grows carrots, wheat, hay, lettuce and onions in Holtville, said he is willing to do his part to conserve water or cut back on farm acreage. But he said the uncertainty is wearing on him.

Leimgruber signed production contracts last spring and early summer for the 2023 growing season. His crops were planted in September and this month.

Federal officials and multiple states and Mexico haven’t agreed on a plan for conserving Colorado River water. The IID and area farmers likely won’t know how much they will get until sometime next year.

“There is nothing we can do now until next June on water or on fallowing crops, and they just don’t comprehend that,” Leimgruber said of federal agencies. “It’s going to be a challenge.”

Their offer to the U.S. Bureau of Reclamation and the Department of the Interior was a concession to protect water levels in dangerously shallow Lake Mead to keep the reservoir behind Hoover Dam from reaching “deadpool” status, in which no water could flow downstream.

Under the offer, some 250,000 acre-feet of that water savings could come from the IID, which allocates 95% to 97% of its water to local farmers, the district said. Those farmers have already cut water use by 16%, as the IID reduced its water intake from 3.1 million acre-feet to 2.6 million acre-feet since 2003.

The increased conservation would represent an added 9% water cut for farmers.

“There is nowhere else to get that water—it has to come from ag,” said Rachel Magos, executive director of the Imperial County Farm Bureau. “So the cost to do that for our growers, whether it’s through conservation, which is our preference, or fallowing—which we try to stay away from as much as possible because of the negative impacts on our community as a whole—is huge.”

Tina Shields, the IID’s water manager, said the district may look for voluntary cuts to water use from farmers already worried about supplies for next year. “Our growers keep asking what’s happening next year,” Shields said. “And we can’t tell them.”

Magos said farmers need federal help for new pumps, pipes and irrigation for increased water savings. “All those things come at a huge cost,” she said.

Last week, the Department of the Interior announced that $4 billion in funding was being allocated for “water management and conservation efforts in the Colorado River Basin and other areas experiencing similar levels of drought.” The funds will come from the Inflation Reduction Act of 2022 signed into law in August by President Joe Biden.

Interior Secretary Deb Haaland said in a statement that “the Interior Department is committed to using every resource available to conserve water and ensure that irrigators, Tribes and adjoining communities receive adequate assistance and support to build resilient communities and protect our water supplies.”

Federal officials are accepting applications for water-saving grants for one to three years, with higher payments for longer-term conservation efforts.

California, entitled to the largest share of water, did not face any cuts in deliveries. But federal officials have indicated they may intervene if the multiple water users can’t agree on a shared conservation plan.

The affected water agencies offered to take 400,000 fewer acre-feet from the river annually beginning next year and through 2026. “This water, which would otherwise be used by California’s communities and farms, will meaningfully contribute to stabilizing the Colorado River reservoir system,” they wrote federal officials on Oct. 5.

“It’s a big announcement,” Scheuring said. “The alternative, of course, would’ve been to continue to stand pat while other states were withering and risk a major federal intervention, which could have definitely upset the order of things.”

Riverside County farmer Grant Chaffin, who relies on Colorado River water, has already fallowed 25% of his acreage. He said he plans to “go up to 35% by mid-2023.”

“I’m proud of the contributions our agricultural community has made,” Chaffin said. But he said he is worried about water-delivery cuts during the growing season if federal officials determine “the situation has reached critical or super-critical levels.” That, he said, “could have a tremendous impact.”

(Peter Hecht is chief editor of publications for the California Farm Bureau. Christine Souza, assistant editor of Ag Alert, contributed to this report. They may be reached at phecht@cfbf.com and csouza@cfbf.com.)