Efforts to protect groundwater are tested by drought 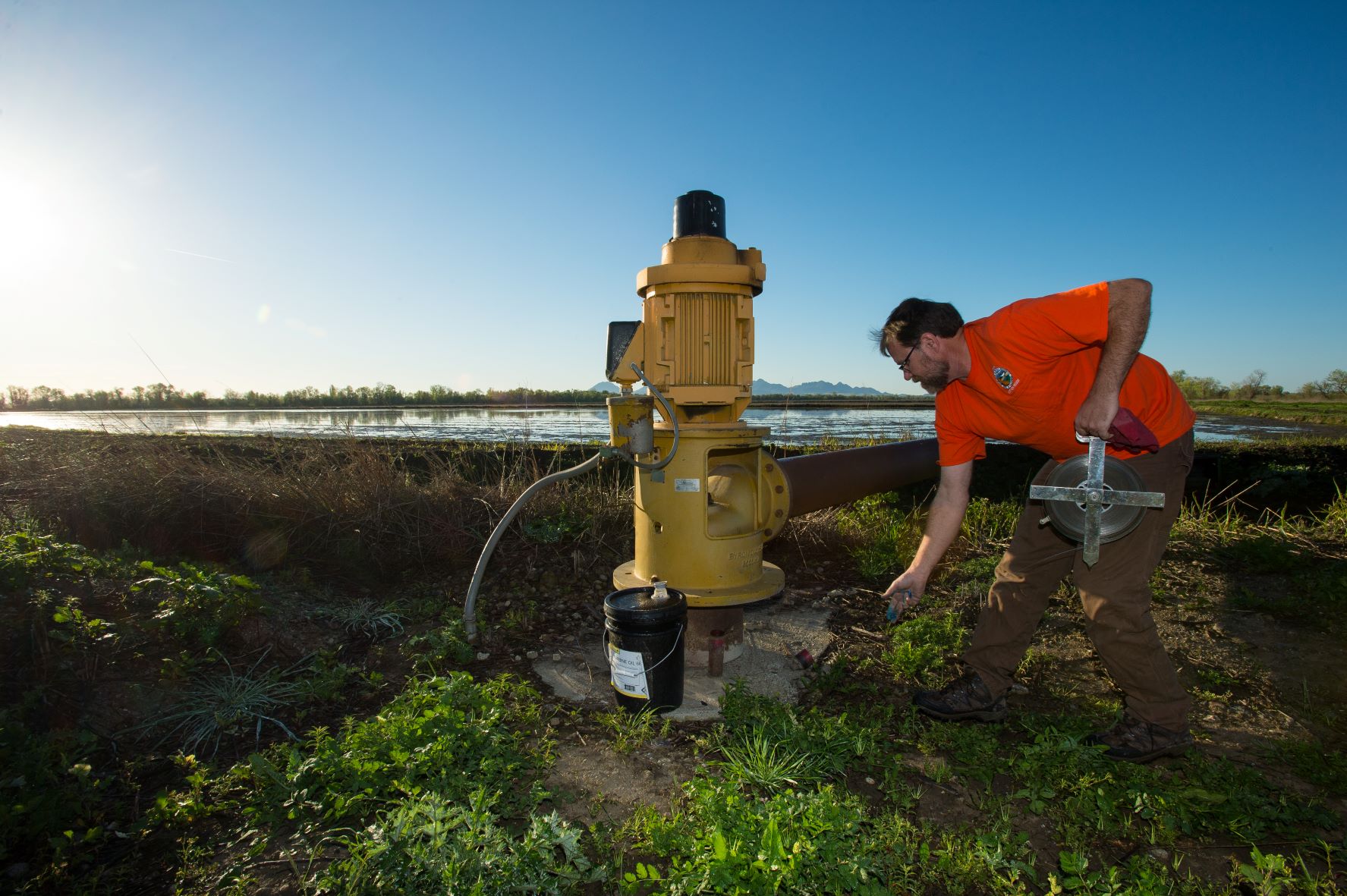 Balancing the state’s groundwater supplies for a sustainable future may not be easy due to severe drought and ongoing economic challenges facing farmers.

“We’ve got the lowest prices and highest production costs and the least-reliable water supply that we’ve had since I’ve been farming,” said Bill Diedrich of Firebaugh, who farms row crops and permanent crops on the west side in Madera and Fresno counties. “We’ve had one or the other but not all three at the same time.”

Diedrich, who relies on groundwater for irrigating farmland in Madera County and surface water for ground in Fresno County, said farming at this time “is very difficult.” He said the 2014 Sustainable Groundwater Management Act, which tasks local agencies to balance groundwater supplies in affected basins by 2040 and 2042, means farmland must come out of production.

For his Madera County farmland, which is entirely groundwater dependent, he estimates that he will need to fallow 150 acres.

“What we’re looking at in SGMA is we’re just going to be taking land out of production; there’s just no other way around it,” Diedrich said. “Those of us in ag are concerned about the domestic food supply. We don’t want to see a bunch of government money coming in to shut down farms. We would rather see that money put towards water-supply infrastructure, changing some of the regulatory issues harming our water supply and bringing in more water.”

Paul Gosselin, deputy director of the state department of water resources SGMA management office, told the California State Board of Food and Agriculture last week that 65 plans for 63 medium- and high-priority groundwater basins were submitted in January 2022 and are being evaluated. For 21 of the most critically overdrafted basins, DWR evaluated 46 plans submitted in January 2020. Of these, Gosselin said, the department approved plans for eight basins.

Plans for 12 basins were found to be incomplete. The department deemed the plans for the Tulare Lake subbasin inadequate.

For incomplete plans, Gosselin said agencies have six months from the date of the determination to resubmit and address inconsistencies or methodologies, such as issues related to subsidence, water quality, drinking water impacts, depletion of interconnected surface water and lack of coordination among plans.

“We are in the process of unpacking those (plans resubmitted in late July) and evaluating whether they met the deficiencies or not,” Gosselin said. “There is no statutory deadline for us to complete the review, but we’re intending to do the lion’s share of it by the end of the calendar year. Some of the multiplan basins are probably not going to get a determination done until the first quarter of 2023.”

The Tulare Lake subbasin, which covers most of Kings County, was dropped to inadequate status because the two submitted plans did not have a required coordination agreement, Gosselin said. Plans found to be inadequate fall under the authority of the California State Water Resources Control Board.

Gosselin said the state water board “asked us to complete our evaluation and to notify them whether the basin addressed all the deficiencies or not. In the meantime, the board notified us they would sit tight and not hold hearings and wait until they received notification on that plan.”

Dusty Ference, executive director of the Kings County Farm Bureau, said the inadequate determination by DWR comes as no surprise.

“The GSAs in the Tulare Lake subbasin had agreed on an updated plan after they were all essentially deemed incomplete back in January. When the GSAs needed to adopt their updated plan to address those deficiencies, one GSA accepted everything with one addition,” Ference said, adding that the addition means that the basin no longer had a coordinated plan.

“We thought we had a plan that made sense to most growers; it was going to hurt a little bit, but everybody could live with it, and then boom—everything comes to a screeching halt,” he said.

As SGMA plays out, Ference said, “Farmers are frustrated, they are worried, and they don’t know what to do.” He said with agriculture driving 25% of the county’s workforce, those in agriculture remain concerned about rural communities.

Gosselin said DWR has awarded $400 million during the past two years to help local groundwater agencies comply with SGMA requirements.

Last May, each of the critically overdrafted basins received $7.6 million to implement SGMA. The state is also advancing actions and projects, such as groundwater recharge projects.

“We have a vested interest in ensuring that with the rains that are hopefully starting outside the window now and through the winter, that those projects that come in, we’ll be able to capture that water and start recharging basins,” Gosselin said.

For projects that bolster the state’s water supply and related infrastructure, Diedrich said, many farmers are concerned that there may be only a few wet years between now and the 2040s, when groundwater agencies must achieve sustainability.

Diedrich said the state must be ready to capture excess flood water. He said agencies “are trying to develop projects locally, but these will be a very small amount compared to the amount of water that we need.

“We’re talking about new canals and conveyance on top of new water rights,” he said. “It’s a very long-range project, longer than the amount of time we have to comply.”