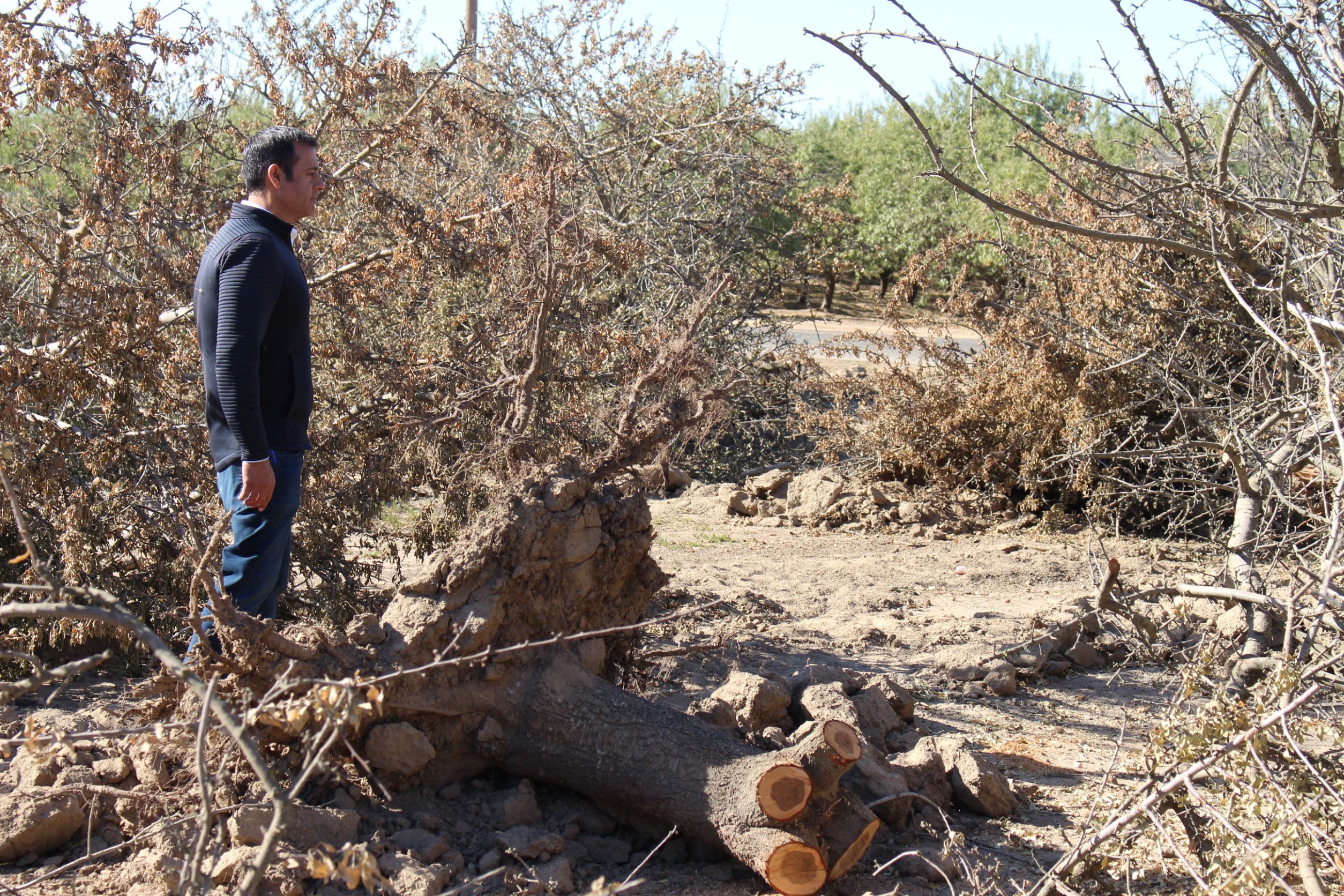 Already grappling with drought, lower commodity prices and higher production costs, more farmers are feeling the added pinch of groundwater regulations as local agencies implement plans that include pumping limits and new fees to balance long-term groundwater resources as required by the state.

Already grappling with drought, lower commodity prices and higher production costs, more farmers are feeling the added pinch of groundwater regulations as local agencies implement plans that include pumping limits and new fees to balance long-term groundwater resources as required by the state.

“It’s death by a thousand cuts. Our farmers are getting it at every angle,” said Christina Beckstead, executive director of the Madera County Farm Bureau. “If you don’t have water, you can’t plant crops. Therefore, farmers can’t survive, and they can’t make money to pay the bills. Water is the root of it all.”

Regulations and fees by local agencies as part of the Sustainable Groundwater Management Act, or SGMA, affect farmers more directly this year, including farmers in Madera County.

Madera County farmer Jay Mahil said groundwater sustainability agency fees that are part of his county property tax bill are “coming at a time when growers are receiving all-time low returns on commodity prices, and farm input costs have doubled.”

“People have already suffered substantial losses due to not being able to farm their ground,” said Mahil, who grows nut crops, winegrapes and citrus fruit. “Growers are just not financially solvent, and we’re having to write these checks for something that’s not even due yet.”

As required by SGMA, local agencies and counties must implement groundwater sustainability plans that show how they intend to reverse overpumping and balance the groundwater supply.

Subbasins in Madera County, including the Madera subbasin, the Delta-Mendota subbasin and the Chowchilla subbasin, are in critical overdraft.

For the Chowchilla GSA, the county also approved a penalty of $100 per acre-foot plus $1,000 for those who exceed their groundwater allocation.

Mahil said he understands the goals of SGMA, noting, “We can’t justify overpumping our aquifers. It’s just not sustainable.”

With less water available, Mahil said, he will have to fallow about 500 acres of almonds and winegrapes.

“I haven’t recouped my investment, nor will I get to reap any of the benefits of the income out of those crops,” he added.

Michael Naito, who farms grapes, almonds and pistachios in Madera and Fresno counties, said he is considering his options.

“In the back of my head I’m thinking of certain fields. If it is really dry, I’ll just walk away from older orchards. You have to plan for the worst and hope for the best,” Naito said. “There’s a lot of people who don’t have water. (They are) just walking away from orchards because it just doesn’t pencil.”

“In the first two years, it’s $15 (per acre-foot), and in year three and four, we could go up to $20 per acre-foot. After that, it’s capped off at $25 (per acre-foot),” said Valente, who is board president of the North San Joaquin Water Conservation District, which is working on SGMA implementation.

As costs to implement SGMA increase, Valente agreed with his fellow farmers that this is happening when prices for almonds and winegrapes remain stagnant or are dropping.

Solano County farmer Joe Martinez, who has been farming for 47 years, said “It’s never been this bad. The walnut price is 40 cents a pound, which is significantly below the cost of production.” He said several walnut growers are making the difficult decision to pull out walnut orchards.

Economic challenges affecting the walnut sector were described in an Oct. 4 letter that Diamond Foods sent to growers. The company described the market for walnuts as “unhealthy,” adding, “the current environment is anything but normal.”

“While shipping conditions are nominally improved, the delays impacting the past two seasons have greatly shifted market timing and forced a buildup of inventory in virtually all forward destinations,” the company wrote.

Diamond Foods said an oversupply of walnuts from global competitors such as China, the weakening of currencies against the U.S. dollar and high inflation are taking a toll on importers and consumers, reducing the ability to move inventory.

“Tree-crop economics are tougher now than at any time in the last 20 years,” reported Franz Niederholzer, University of California Cooperative Extension farm advisor for Colusa, Sutter and Yuba counties, in his Sacramento Valley Walnut News this fall.

The current price for almonds is lower than it was for last year, Niederholzer said, noting that some processors paid $2.10 per pound in 2021.

“Costs are way up and may not ease anytime soon. Net acreage is up, sustaining market volume and soft pricing,” Niederholzer wrote. “Water, if you can get it, will most probably cost more over time.”

The farm advisor suggested that farmers take a hard look at their operations. He said they may need to consider investing in technology, leasing ground, limiting spending or shifting crops as they move into the 2023 season.

“It’s hard to know what it will look like if we ever get through it, but it feels like a dramatic change in the outlook for nuts,” Niederholzer said. “The future is unknown with no real long-term, positive outlook. It is possible that there is no light in the short-term tunnel.”